The new Fire Station 73 in Big Lake boasts 19 large garage doors from Haas Door, making them one of the largest fire departments in “The Last Frontier” state.

Opened in early 2018, the West Lakes Fire Department was built by Howdie Inc., a general commercial contractor in Wasilla, AK. The fast-track design-build project began in April 2017 and was completed just 10 months later. The massive structure serves as a combination facility for two separate emergency-services departments.

One wing is fleet maintenance for the Matanuska Susitna borough, and the other wing is West Lakes Fire Station 73,” said Todd Nugent, CEO at Howdie Inc. “Commercial 2000 series garage doors from were used for drive-thru apparatus bays in both wings. They were also used as access to a maintenance warehouse and drive-thru access to a lube/oil room.”

The 19 Model 2032 doors feature smooth 20-gauge galvanized steel. CFC-free polyurethane insulation built into the 2-in. thick doors provides a high R-value in the sectional steel doors to enhance energy efficiency. The 2000 series doors are reinforced with roll-formed galvanized-steel struts and double-end hinges, as required to meet wind-load specifications and comply with ANSI/DASMA 102-2011. The three-tier, corrosion-resistant protective paint system with a polyurethane primer and durable polyester finish coat is used on the interior and exterior steel. Doors also include air-infiltration seals that exceed the ASHRAE 90.1 Standard.

“We’re proud of how this project turned out for the fire fighters,” said Nugent. “Selecting high-quality garage doors was a smart choice that we believe will serve this station admirably for many years to come.”

Read full article that was published in the Architectural Magazine. There is also a conference/training room that contains Modernfold operable wall for separation of the room when needed. 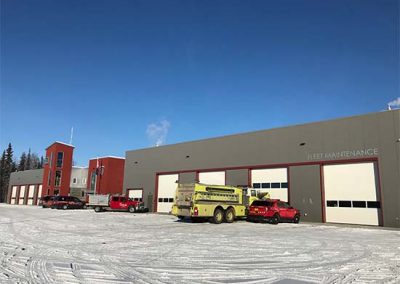 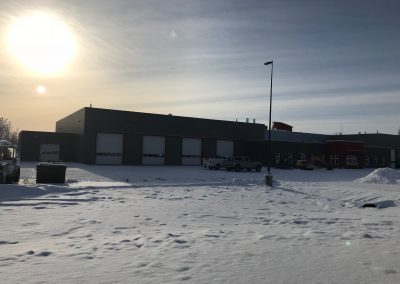 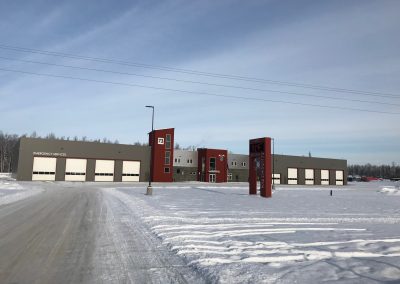 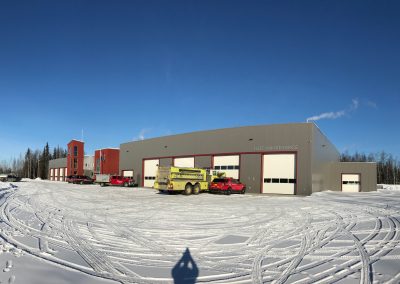 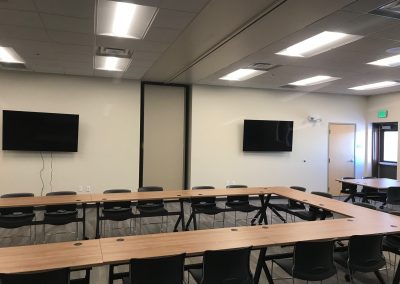 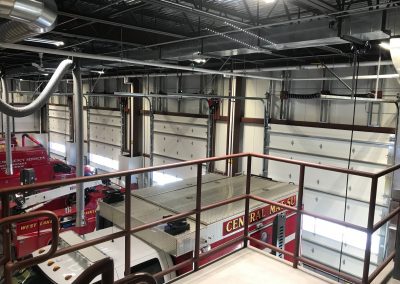 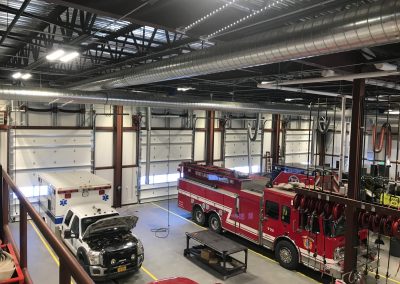 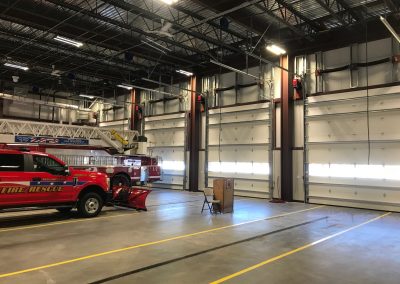 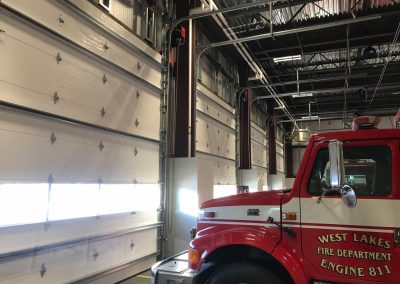 back to project gallery
Manage Cookie Consent
To provide the best experiences, we use technologies like cookies to store and/or access device information. Consenting to these technologies will allow us to process data such as browsing behavior or unique IDs on this site. Not consenting or withdrawing consent, may adversely affect certain features and functions.
Manage options Manage services Manage vendors Read more about these purposes
View preferences
{title} {title} {title}